Turndown Service is Hotels: What’s Covered Under It?

Turndown service of a hotel: What does the service include?

The bed sheets are made and arranged, the bathrooms are cleaned and all hygiene items are replaced, such as shampoos, shaving creams, bath gel, and the like. On the other hand, a change of towels is made, replacing the used ones with clean and fresh ones. In the case of having a mini bar in the hotel room, the staff is in charge of restocking it again with drinks. Some hotels offer free bottles of water, usually accompanied by a few glasses, which are placed in an organized and aesthetic way somewhere in the room.

What is the “turn down” and how should it be done?

The “turn down”, also called “cover” service, or uncovered, is the second entry into the room by the team of waitresses in the late afternoon.

The purpose of this service is to arrange the “room” so that the client, once he returns to his room for the night, finds it ready with very pleasant details that will help him have a good night.

Good coverage consists of gently opening the bed and removing the bedspread. If the headboard of this bed is made of non-synthetic material, noble or delicate wood, it should be covered with a linen cloth that is usually embroidered with the hotel’s emblem.

The hotel staff should place another cloth, like a carpet, on each side of the bed and place the slippers on top.

As it cannot be otherwise, the hotel staff should proceed to close the windows and blinds and draw the curtains to achieve darkness.

What other things are a part of the turndown service in a hotel?

The “turn down” also consists in the replacement of the “toiletries” that have been used up during the day, especially the “shower gel” and the shampoo. Used towels that the customer has abandoned must be replaced. A bottle of mineral water with a glass will be placed on each bedside table, never just a glass alone. The water must be drunk in a crystal glass, if possible, very fine crystal.

This is not the time to proceed to clean the room again. It is good manners for the guest to keep the room tidy at all times so that the waitress can cover comfortably and does not have to jump over obstacles of shoes, bags or belongings scattered on the floor of the room. Cupboards and drawers are for something.

If during the day they have provided guests with a tray of seasonal fruits, if such fruit has been served to us peeled and cut -as it should be served-, it will be removed or replaced. The fruit is perishable and oxidizes.

Finally, the detail of offering some chocolate is appreciated; some hotels choose to finely deposit rose petals on the bed. Some people might not like this practice because it doesn’t suit their taste while there are also those who are allergic to flowers. Another detail that is appreciated is to leave on the night table or on the bed a small card with the weather forecast for the next day or with any relevant news – logically related to the hotel – that the management considers convenient to make known to the client. Underneath this card, it is in good taste to leave the cardboard containing the breakfast request in the room so that it can be filled out and hung on the handrail of the door.

How can customers request a turndown service?

To get the turndown service in a hotel, customers are recommended to place the “entry” label, or the one provided at all times, hanging from the doorknob so that said service can be carried out.

What does a turndown service say about the quality of a hotel?

The room turndown service is an excellent measure to confirm that we are dealing with a luxury hotel with very good service. A hotel that does not have it, cannot be considered excellent by many stars that it has. A hotel that has such a service and does it wrong; must improve it quickly or eliminate it radically. What is regular, is either improved or not done. The danger and the disaster of this service lie when the clients -once arrived at their room- must call by phone to request it since they have found their room the same as before going out to dinner. No great hotel can afford such a failure.

Who can enjoy a hotel’s turndown service?

The turn down of a hotel is a service that is generally available in luxury accommodations, where it can be requested by the guest, or offered free of charge with the room contracted. It is a symbol of quality and excellence.

Many lodging and tourism experts assure that five-star hotels have to provide this coverage to be considered prestigious places; however, you can currently find three or four star hotels that offer this service as well. Just speak to a hotel representative at the time of booking to confirm if that hotel offers turn down services or not. You may know him as the bodybuilder gay guy on Vine or as Bryan Silva, a popular social media personality who gained popularity for his song ‘Gratata’. This gave him the nickname ‘Gratata Guy’ but he also gave us the wrong impression about his sexual orientation. Therefore in this article, we set the record straight with these 10 true facts about Bryan Silva!

Bryan Silva: 9 Things To Keep Up With The Infamous Social Media Celeb!

Bryan Silva is a bathroom and Vine celebrity who rose to fame after the song Gratata but before that his fame came from the video-sharing platform, Vine. Here, he would upload to the internet a series of six-second videos in which, half-naked, he started rapping from his bathroom.

His fame was short-lived just as the platform which helped him gain his popularity shut down. But that’s not the only reason he lost his fame.

While his rap provided him with a stage to display his talent, Silva’s girlfriend-turned-wife led the man to get arrested against a domestic violence case when the two of them got into a physical brawl confrontation which he posted LIVE.

Soon, Bryan Silva who describes himself as the “king of all trades” (who once inspired Vine users to create many parodies and remakes of Silva’s most famous song: Gratata) was faced with many legal battles!

3. Why was Bryan Silva arrested?

Silva was arrested and charged for a January incident on Jefferson Park Avenue when his 17-year-old girlfriend found out he was cheating on her. Here are the events that led to the arrest:

Following the punch, the vine star punched her back in the head.

In a few minutes, the then 25-year-old reached into his suitcase and pulled out a firearm.

After the incident, both the Vine star and his girlfriend were charged with disorderly conduct, but Bryan Silva got the bitter end of the stick after holding her hostage in an hours-long standoff with the cops that he was live-streaming on Facebook.

Following the standoff, he was arrested and the most viral photo was of him emerging handcuffed with his pants around his knees after he refused to come out of the house where police were forced to launch chemical irritants into the house, to make him comply!

January 2016 marked the downfall of the vine star as Silva entered the guilty plea with his lawyer John March, his mother, and older brother by his side.

As mentioned above, he was arrested after a standoff in Charlottesville where he went live on social media following a domestic disturbance – holding his girl hostage, who he threatened with a firearm.

As part of the guilty plea agreement, a felony abduction charge was dropped but Silva was released from jail on a $20,000 bond and placed on house arrest at his mother’s where the house arrest conditions consisted of strict rules.

Most crucially, Silva was not allowed to use social media, which was his claim to fame and income. Another rule was the banishment to go back to the home on Jefferson Park Avenue where the standoff took place.

The 25-year-old served jail time for more than a year for his standoff and was required to wear a GPS tracking device and not allowed to be home alone.

When Bryan Silva came out of jail to reunite with the same girl now turned wife, they got into another domestic violence fight related to a cheating incident and they almost got divorced.

Bryan Silva came into this world on January 2, 1991, in Florida. The Vine celebrity who had a public Instagram account was born to parents Michael and Robin Silva along with his elder brother named Philip. Silva moved to Charlottesville when he was only 2 years old for family reasons.

6. Bryan Silva has a history of crimes:

In 2005, Bryan was convicted of assault and burglary; this landed him in jail for a period of 3 years. He was also accused of attacking the principal of his school. Bryan later earned his GED at age 16 while still locked up.

During his life in prison, Bryan devoted himself to bodybuilding and continued to do so even after his release. After being released, he moved to California and was only 19 years old when he began settling in the industry.

This Vine star became famous for his raps, to be precise, bad raps.

In addition to music, he also has the body and face that add together to collectively make his “viral personality”.

Bryan, when asked about his genre, thinks his rap is mostly freestyle. He is known for his line ‘Suck it like a slurpy’. Somehow, his posts end up attracting millions of views, even if only Bryan is targeting his enemies; he just stays true to his beliefs, which makes him famous.

Bryan has also managed to earn a lot of haters for his content. At one point, he even appeared on the World Star Hip Hop website to address his enemies and the video managed to get over a million views. Silva affirms that he is a street musician and that he has also done it since he was 8 years old.

Bryan has now achieved celebrity status, for reasons many don’t understand. He has also been in the headlines in recent years after being arrested again in Virginia.

After being constantly charged with criminal offenses, intoxication, yelling and cursing in his videos, in 2021, Silva is pretty much occupied by his own things like bodybuilding.

His girlfriend turned wife Lissy, on the other hand, made her career selling her photos on her social media, according to her statement on her Instagram profile. That being said, Bryan’s wife also might be running into the wrong side of the law again by defrauding people as one website called PlayerUp,’ listed her as a “fraud” for not sending things she promised to the people from whom she took money.

For this star, nothing seems really impossible, especially when he begins to be himself and express his true form. After his Vine and YouTube fame, it was discovered that he used to work in the adult film industry – mainly with other men in his videos.

Today, the man is married to the same girl that caused his arrest: Lissy Barney, also known as Mellisa Diane Barney. 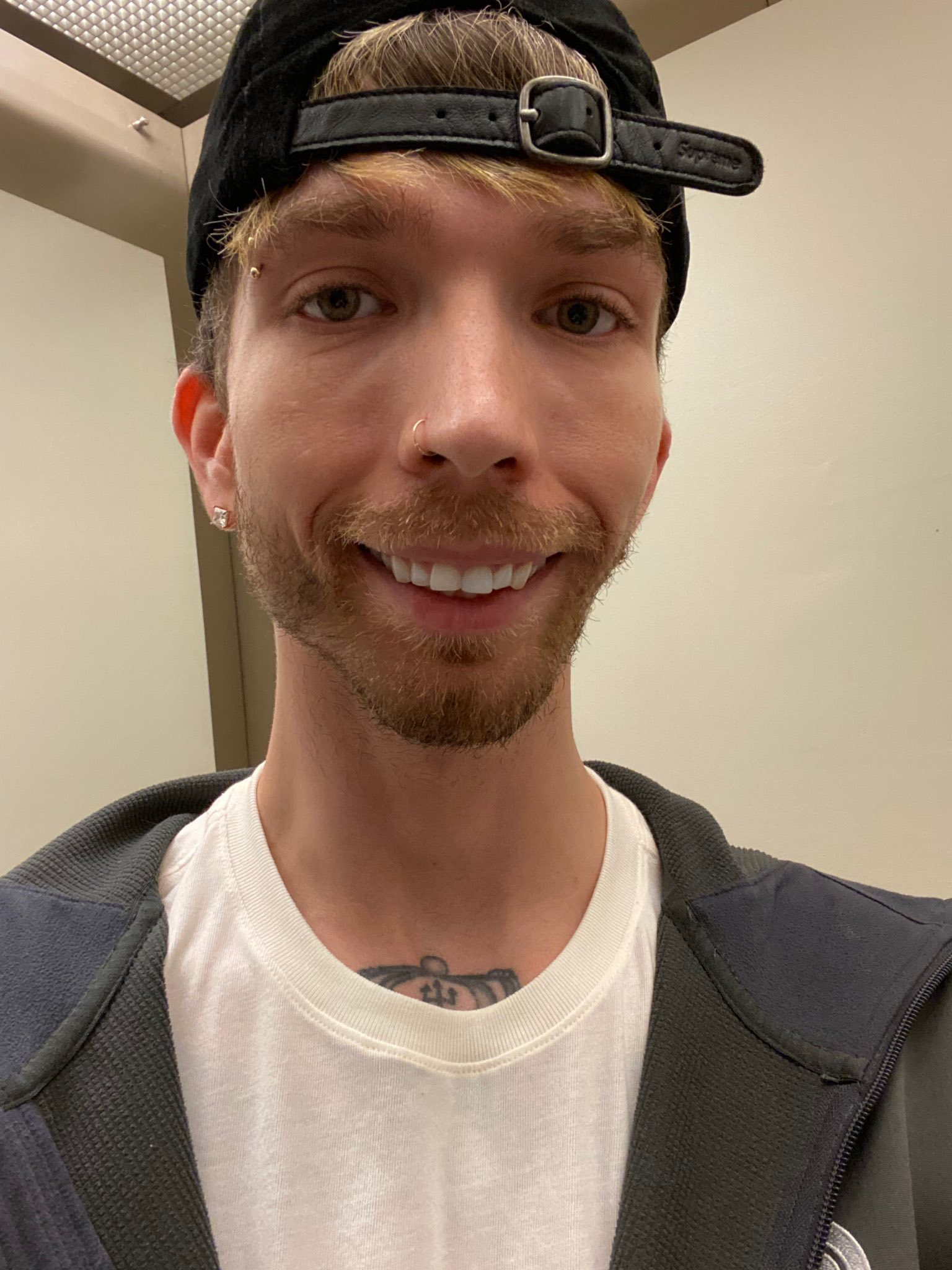 Bryan, due to his extreme nature, has been able to build most of his fortune promoting products on social media. His exact net worth is still under review, but it’s sure to keep people wondering about the power of the internet.